Automatic load/load shedding of a power plant functions are required to preserve electric power system stability. Besides that implementation of these functions is required when station is a part of centralized system integrity protection system and may receive control signals to lower/gain power generation from centralized system. In latter case specific algorithm is implemented which is called electric power system node power generation control.

Automatic load/load shedding control actions may comprise digital turbine unloading commands, power plant or generator disconnection commands, load shedding commands, etc. Often, the power plant load shedding function and power node load
shedding function are combined in one UPAE device. Automatic load shedding system can be implemented either with the option of manual selection of units to be disconnected or with automatic selection of units to be disconnected, based on the following criteria: acceptability of engaging the power unit, power unit`s generation parameters, absence of prohibition for the staff to disconnect the power unit. The automatic power unit selection must be performed in such a way as to disable the least possible number of units necessary to implement the required volume of control actions. 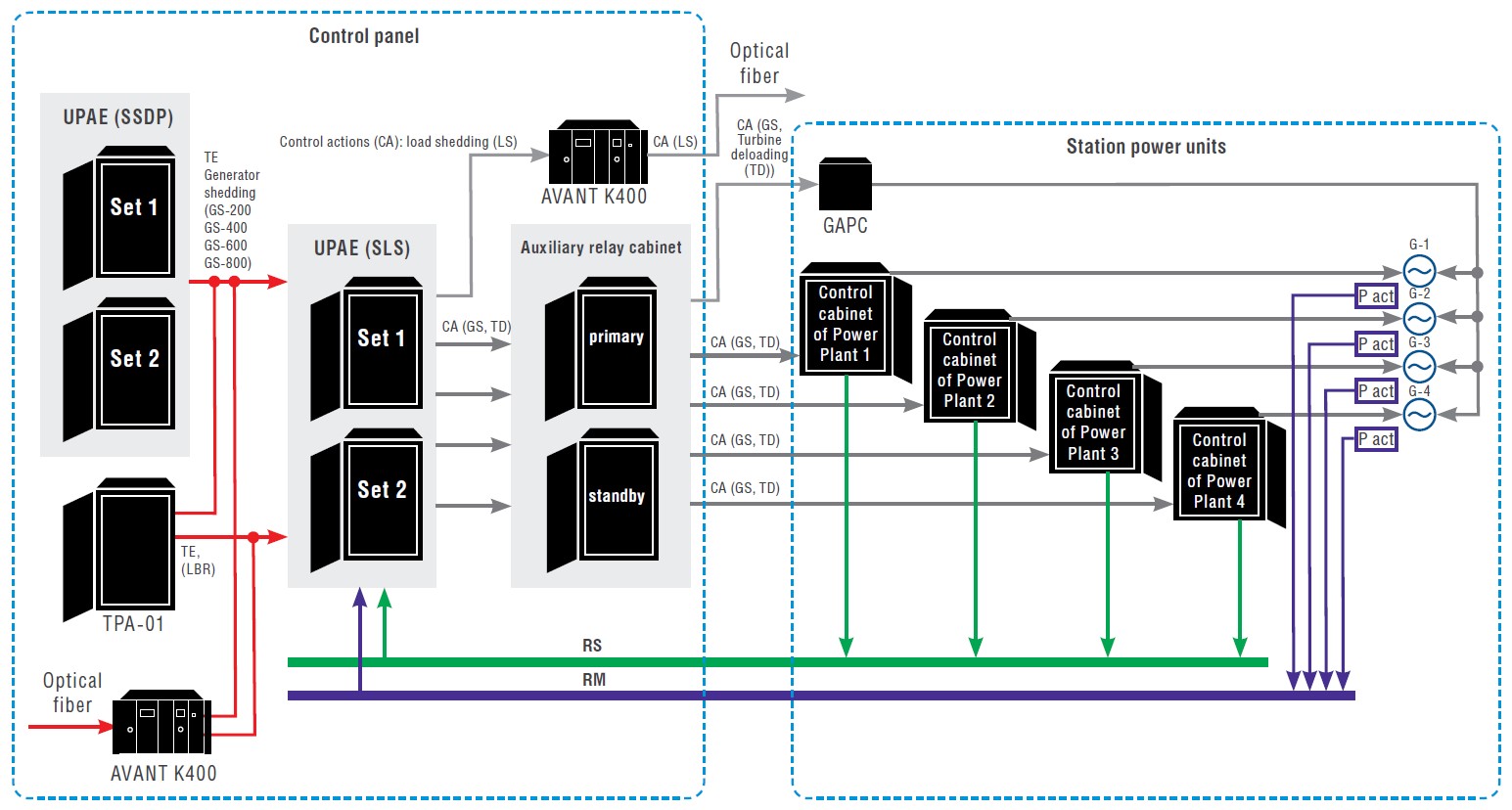