Category: The local system on the basic of PLC Regul R600/R500

The Automatic Load-Frequency Control (ALFC) system regulates active power and frequency of the power units under its control to take part in the secondary (sometimes tertiary) frequency regulation. The system ensures that the group of automated power stations (power units) provides optimal frequency, according to the requirements and situation of the grid.

The system receives control signals from the centralized system for automatic power and frequency control and adjusts the load and frequency of the group. Operating parameters (secondary frequency regulation, rated primary frequency regulation, sustained turbine fast-valving signals) are communicated to the servers from the REGUL R600 PLC via ARTI3 protocol. Diagnostic information from the switches is communicated via the SNMP protocol.

The system is made as a cabinet with programmable logic controllers, servers, commutators, and HMI panel. 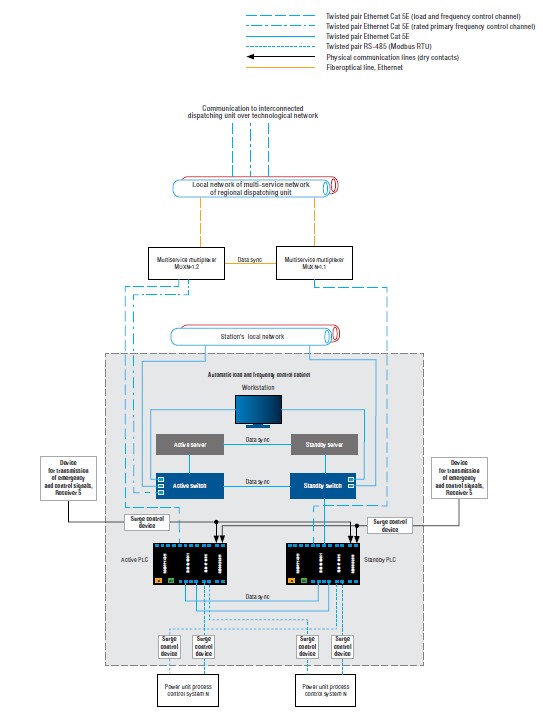