The first subsystem, implementing protection and control algorithms is implemented with redundancy. The second, non-redundant, solves the tasks for automatic regulation and remote control of shut-off and control valves, and mechanisms of own purpose.

Upper level of the system has two or four operator workstations with equal permissions. The workstations allow to control technological equipment in the real time.

Local control panel allows to control regulating units and auxiliary mechanisms of the turbine and perform checking of the technological protections during maintenance works on the equipment and during its preparation for a launch.

Remote terminal units are installed into separate cabinets. Subsystem of the load-carrying part performs control of the positions of the turbine steam distribution regulating valves.

The system is made with a possibility of extension (there is spare capacity by I/O channels and by the CPU computing power). 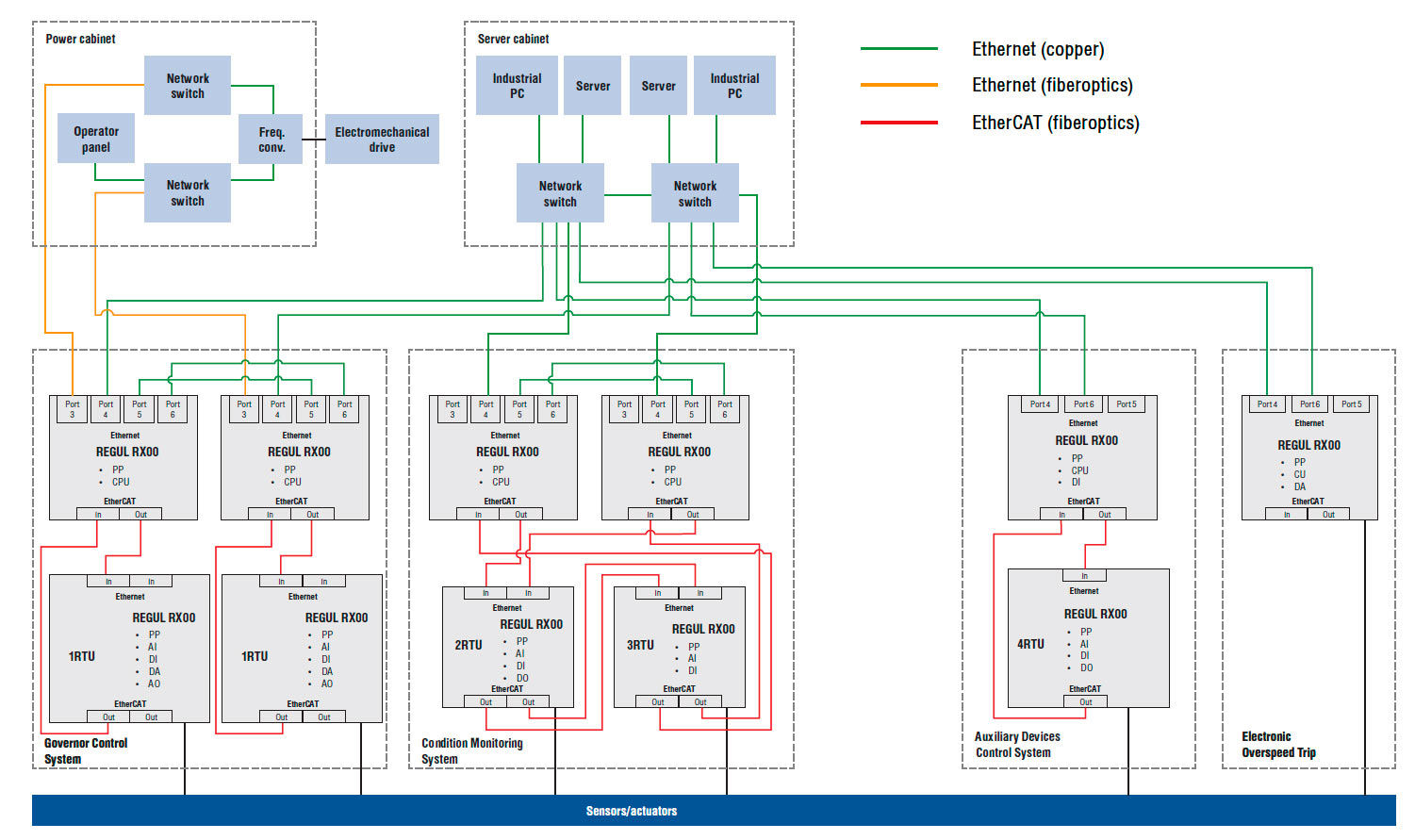