Another example of a distributed system based on the architecture similar to that of an oil pumping station’s control system, is the REGUL Fire and Gas System. This system is used in oil and gas production and in transport and storage facilities to configure fire alarm and fire-extinguishing systems of different types and complexities.

The REGUL Fire and Gas is a flexible system with a variable set of components based on REGUL R500 programmable logic controllers with the support of redundancy and the hot-swapping of modules.

The system is designed to: 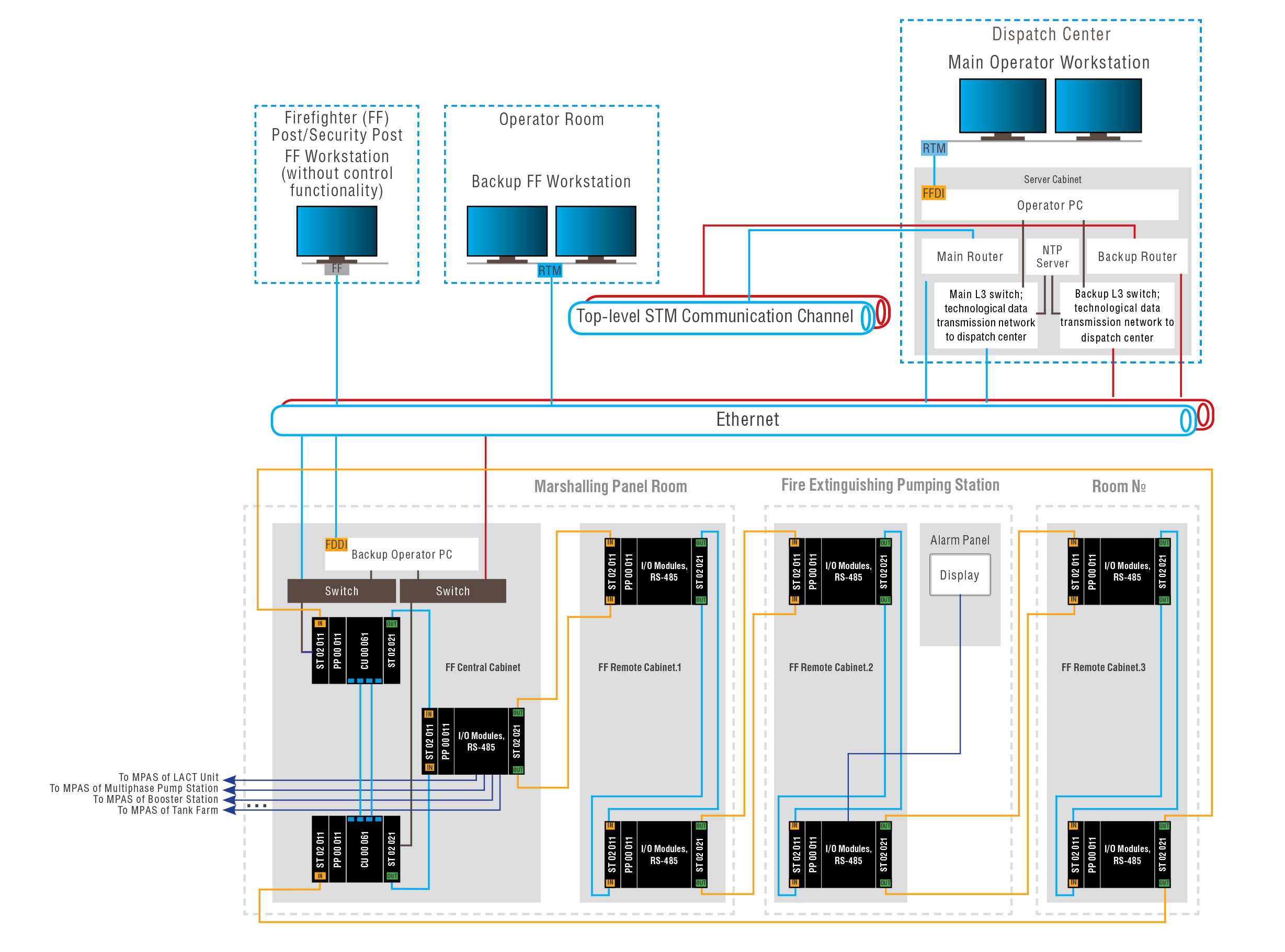