Protection and control system for steam and gas turbines

The Protection and Control System for Steam and Gas Turbines solution for steam turbines was developed as a system with redundant configuration, extended to cover maximum availability. The system can automatically control a steam turbine in standard and emergency modes (of generation unit and of the power system), while monitoring load, live-steam pressure, positions of the control valves, signals from control devices at power unit/station/system.

Range of turbines to be used with Protection and Control System for Steam and Gas Turbines varies from the small turbines for industrial applications to the large 800 MW and more powerful turbines. The solution can be used with the steam turbines for the power unit participation in primary and secondary frequency control.

The redundancy is implemented at the levels of PLC, control, measurement equipment. And the solution provides timely diagnostics of the individual systems and control circuits of the actuators.

Implementation of the solution with the use of REGUL R600 (R500) PLCs allows a flexible configuration, connection to a remote SCADA (with support of the most common vendors on the market). Hot-standby operation of the CPU units and hot-swappable modules allow for a stable and continuous operation of the system.

At the core of the Protection and Control System for Steam and Gas Turbines solution is DA 03 011 custom-designed counter/digital module with integrated software algorithms and frequency generator. Depending on the selected internal subprogram, it can: 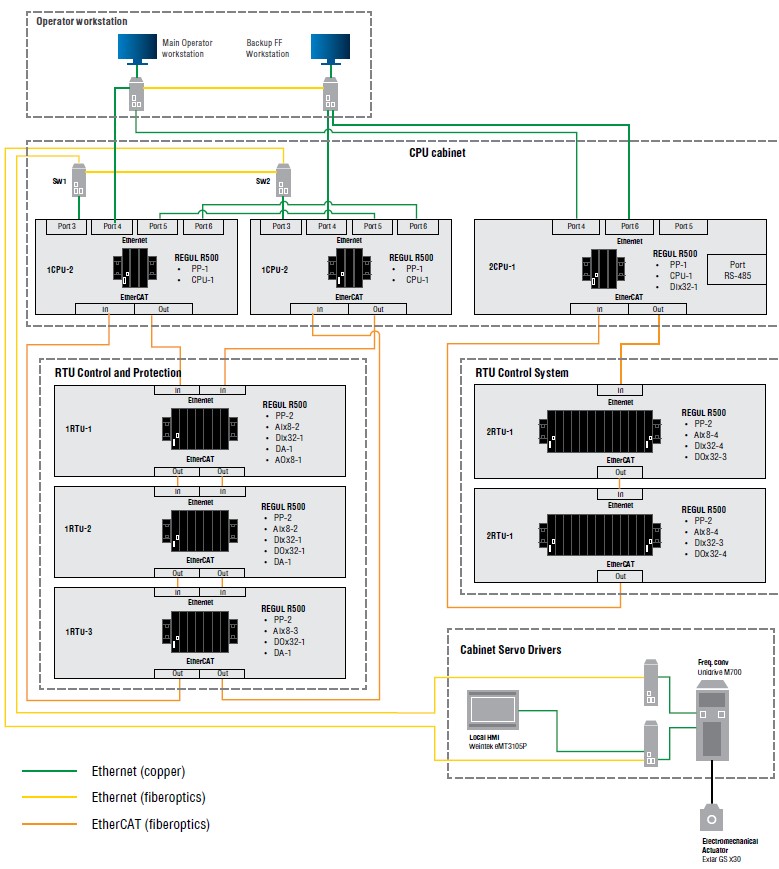