Currently there are two basic approaches to creating monitoring and control systems for power facilities (SAS, data acquisition and transmission systems, telecontrol, etc.). The first one is based on an architecture defined by the IEC 61850 standard (Fig. 1). This approach is generally used for mid-level and major power facilities. The said architecture implies the creation of automated systems with a distributed structure. Its primary elements comprise intelligent electronic devices (IED), such as bay controllers, relay protection and automation units, and other devices that control one or more connections of a substitution and constitute the field level of a system. All of the IEDs are included in a process LAN and interact with each other according to certain rules. Special communication controllers form the system middle level and integrate all the IEDs in a common SCADA. Systems of this kind are characterized by a large number of signals (several thousand or tens of thousands), integrate various devices and subsystems into a common information area, ensuring convenient
monitoring and control of a facility via contemporary SCADA packages.

In recent years there is talk of creating “Digital substations”. This expression means the creation of automated systems as per IEC 61850 using the so-called Process Bus, whose operation is described in the section IEC 61850‑9‑2 (Fig. 2).

In this case, special devices (AMU) connected to measuring circuits are being used to measure, digitize the measurements with high sampling rate (80 or 256 slices per frequency period), and output the digitized instantaneous values to a dedicated segment of the process LAN – the Process Bus.

Information on the status of switching devices, which is the original and common for all IEDs, is transmitted to the same network.

Figure 1.
SAS architecture in accordance with IEC 61850, without the process bus 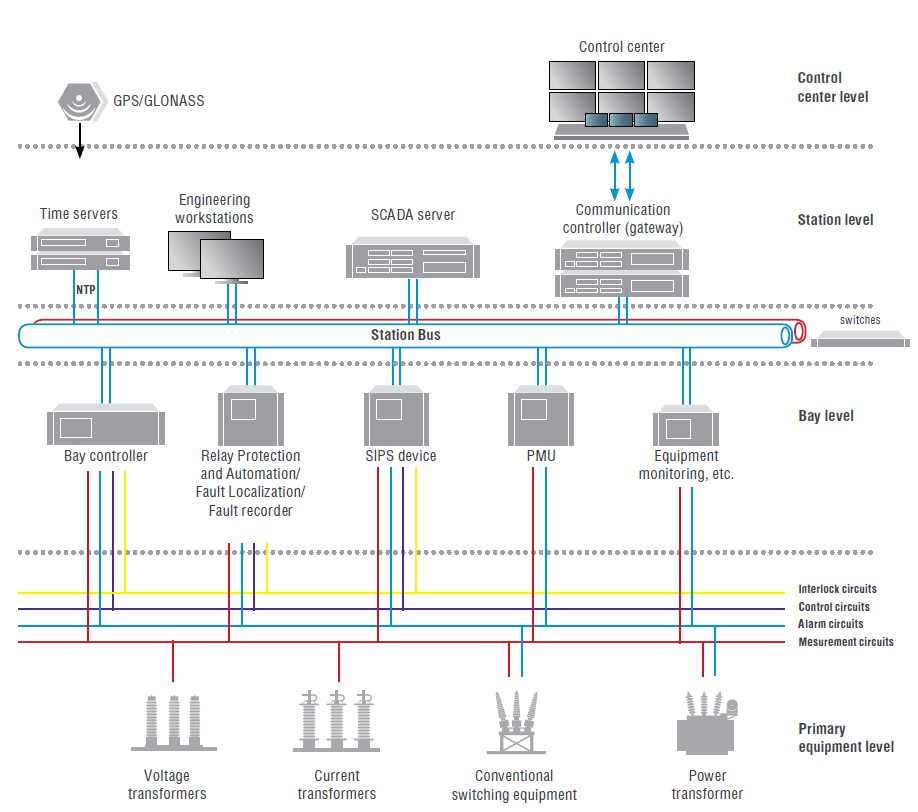 The IEDs per se are not connected to measuring circuits or auxiliary contacts. Such an approach simplifies the system of cable connections and ensures the uniformity of measurements for all devices of a substation, but as of today it has not gained a widespread adoption.

Automated systems of minor facilities (Transformer substations, Distribution Substations, minor power plants), as a rule, are built on the basis of a centralized structure. The centralized (classical) architecture implies the presence of two primary levels: a central controller (a Process Controller in telecontrol terms) and RTU modules (digital and analog I/O modules), as well as individual measuring devices. The measurement data acquisition in this architecture is done with multi-functional transducers. The acquisition of alarm data, the emission of control commands and uniform analog signals are carried out with the help of digital input / output modules and analog input modules.

The architecture with a central controller is easy to implement, but imposes a number of functional and technical constraints:

The above features impose limitations on the scalability and expandability of a system. However, such an architecture can be optimal for minor systems (up to 1000 signals).

Figure 2.
SAS architecture in accordance with IEC 61850, with the process bus 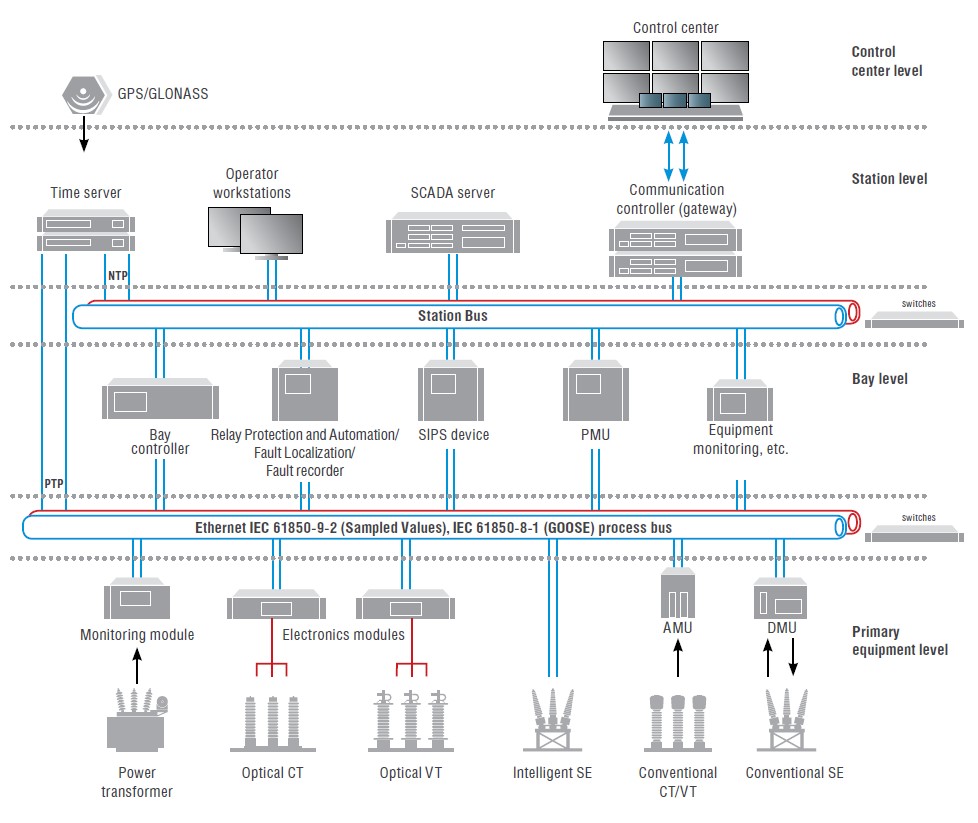